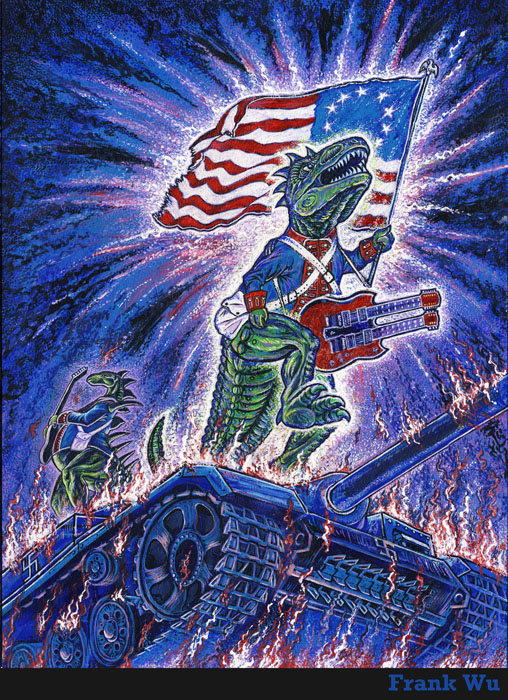 Episode 2.  Acrylic painting for Westercon 2012, where I am Artist Guest of Honor.
Part of a series called "Time Travelling Dinosaurs Playing Guitar".  In that series, dinosaurs playing guitar are catapulted through time, landing in various spots where 20th Century Fox has recently done a historical film, so there's lots of stock footage to use.  In the second episode, they wind up in World War II, fighting Nazis.  The scientists watching their antics can send them food and clothing (so they can blend in), but the clothes are always slightly delayed - one episode behind.  So before they went to WWII, then were in the American Revolution.  But the American Revolution costumes didn't get to them until they were already in Nazi Germany.   More of this nonsense is to come, of course.