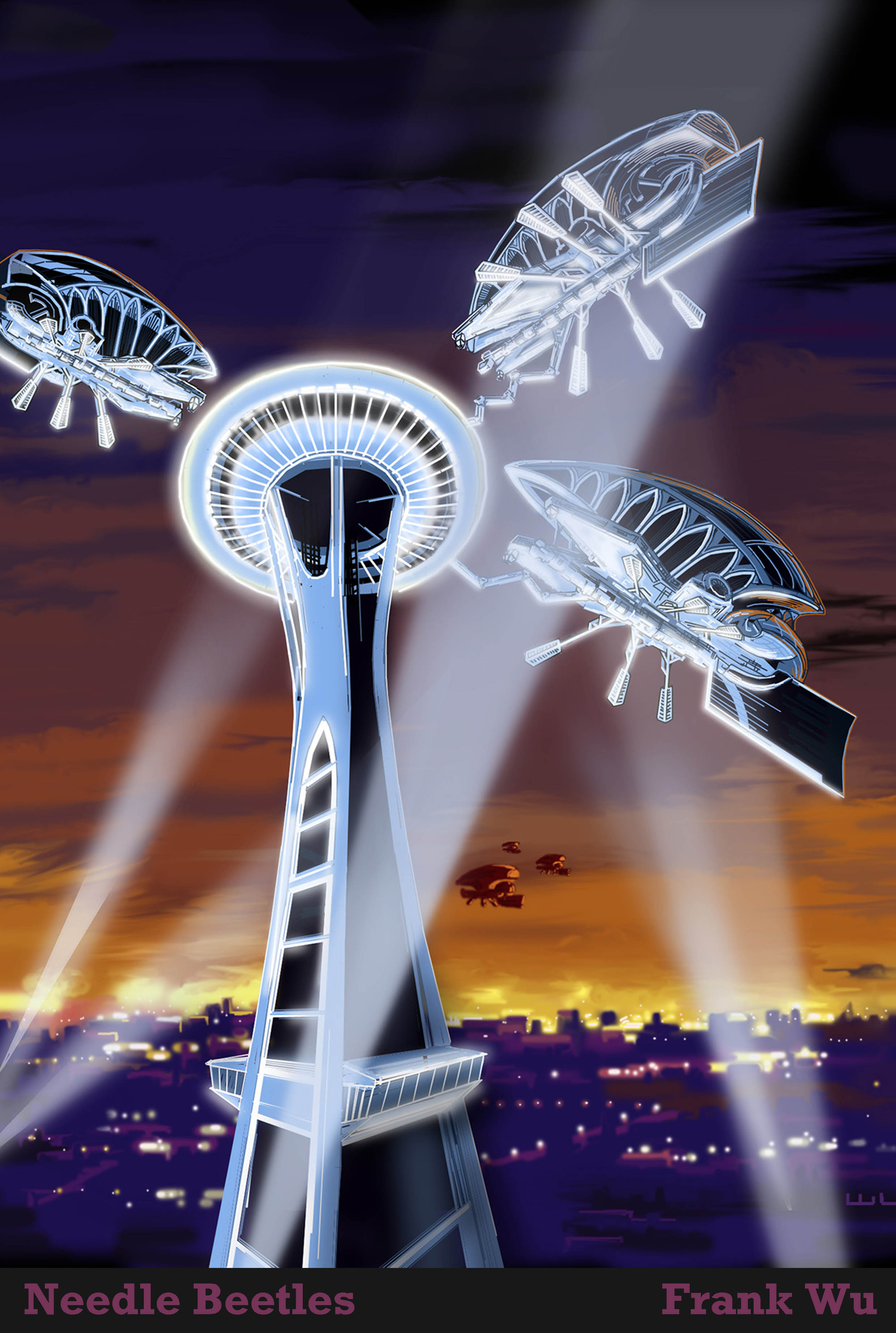 Upon various suggestions from Daniel Spector, Chris Garcia and others, it was decreed that this vessel would be the I.S.Z. (Imperial Star Zeppelin) "Sasquatch", commanded by Wiberg the Conqueror

Then it was suggested by Jerry Gieseke that the ship should be docking with its buddies at the Seattle space needle (see above).  Then that image inspired kara_gnome to suggest that the ships be called "Needle Beetles."  Which in turn inspired Kai Jones to write a poem, which was attached to the art (which has been dragged to sci-fi cons as far away as Japan).  This in turn has inspired Lynn Gold to write a "Needle Beetles" song (to the tune of "Rockin' Robin").

I love this collaborative effort!  And... how many worldcons (or worldcon bids) have their own theme song?