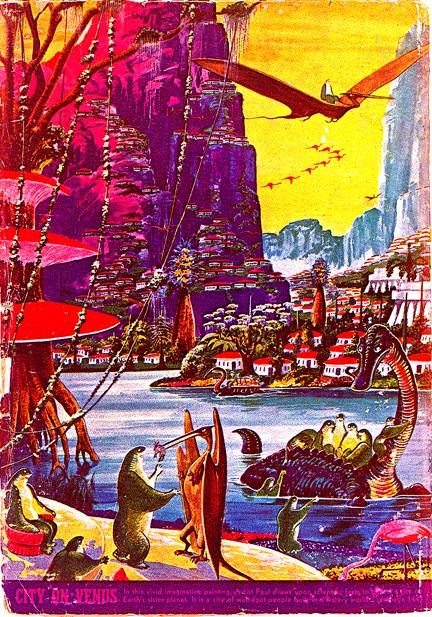 The text says, "In this vivid imaginative painting, Artist Paul draws upon scientific facts to depict a city on Earth's sister planet. It is a city of web-foot people built in a watery world."

The black-and-white creatures, which seem to be like overgrown seals, are obviously the crowned princes of this world.  The pterodactyl is feeding one; another lounges in the lower left, as if on holiday; the creature like a plesiosaur with a hadrosaur's duck-billed head is giving half a dozen of them a ride; another pterodactyl ferries one of the chubby seals through the sky.  One wonders if these seal-like creatures are so chubby since all the other animals are doing their exercising for them. - F.W.

The next month Paul treated his readers to this image: 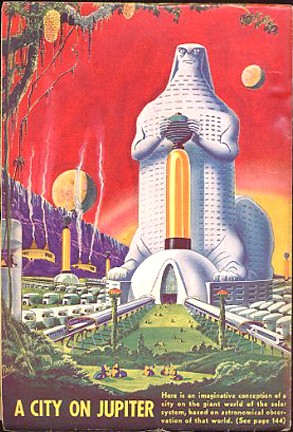