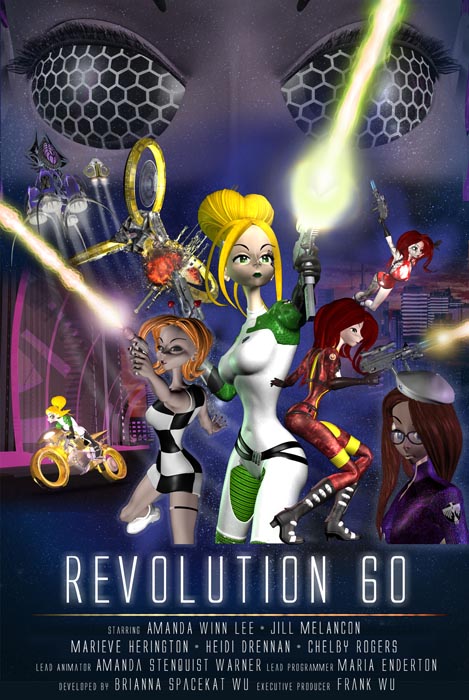 VIDEOGAME DUE OUT IN OCTOBER FOR iPHONE / iPAD / iPAD MINI

These images may contain hidden messages.  Or not.

I commissioned Christina Sng to write poems for The Sad Girl, Resurrection Man, and Indifference and Keep the Universe Beautiful.

AUTOMATIC ART! To set your computer to bring up a new Wu image every 6 seconds, click here. (Only works well with hi-speed connections.)

Frank Wu is an award-winning artist, writer and animator.  His animated film project Guidolon is a Godzilla parody featuring a giant space chicken.  His Hugo award-winning fantasy and science fiction art has materialized in many magazines and fanzines, including Realsm of Fantasy, The SFWA Bulletin, Strange Horizons, On Spec, Fantastic Stories, Talebones, Darkling Plain, Altair, E-scape, and Nth Degree, plus the fanzines The Drink Tank, Emerald City, Argentus, Corrupt Marquee, and Challenger.  His work has appeared in films such as Earthlings: Ugly Bags of Mostly Water (a documentary on Klingon) and the short Worm Free Society.  He’s also painted science fiction and fantasy art covers for books by Cory Doctorow, Jerry Oltion, Mark Siegel, Jennifer Barlow, Daniel Pearlman, and Jamie Rosen. 2003 saw the release of a small press book of stories by Jay Lake, illustrated by Wu; the collection is entitled Greetings from Lake Wu.  Frank won the Illustrators of the Future Grand Prize and the 2004 Hugo Award for Best Fan Artist. (Thus Frank is the only Grand Prize winner in either the Writers or Illustrators of the Future contest who's also won a Hugo.)  He also has four scientific papers on DNA replication to his credit, along with humor published in The Journal of Irreproducible Results and The Annals of Improbable Research.  When not creating stuff, Frank can be found hanging out with monks, hunting for mastodon bones in New Mexico and dinosaur bones and fish fossils in Wyoming, holding Laura Palmer's diary, riding in banana-shaped mopeds, touching art when the museum guards aren’t looking, searching for a river of molten lava to drop keys into, or walking the earth, meeting people, getting into adventures, you know, like Caine in Kung Fu.  For a full list of his publications, click here.

I am the Frank Wu you're looking for? 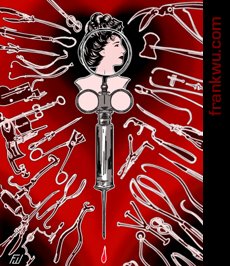