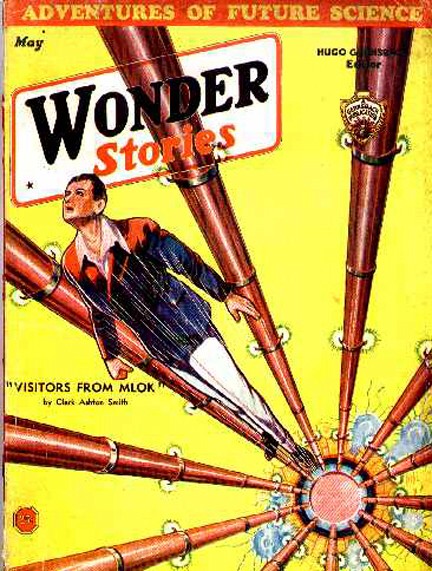 I love the way the figure is stretched and distorted, just like the Enterprise in the intro to Star Trek: The Next Generation.

Recently, I got an email from a complete stranger about this FRP website, which is not unusual.  But his situation was.  He had in his possession what he thought might be the original FRP artwork for this piece, which I reproduce below: 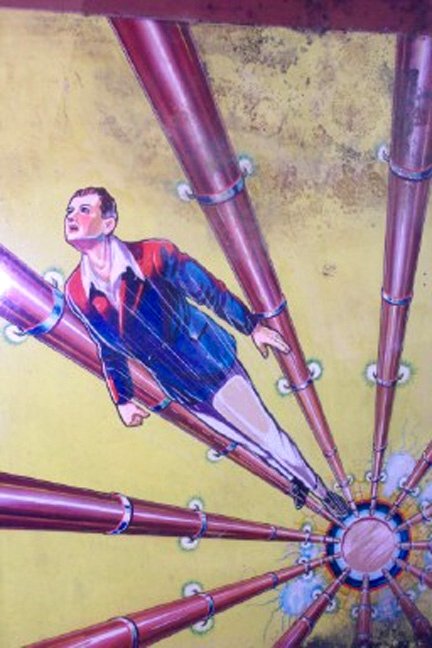 IS THIS A PAUL ORIGINAL? OR JUST A COPY?

Two things struck me right away.  The colors are off, and the images are distorted relative to each other.  I disregard both as not probative one way or the other if it's a Paul.  Colors are regularly shifted in printing, even moreso by the crude and cheap method Gernsback used.  The distortion is due to the photo being taken at an angle, as the painting is behind glass.  (The painting is also somewhat afflicted with black mold, as it was in Florida for years.)

While the painting has a Paul signature on it, I discounted this as probative, since again this is one thing that a copier would be sure to get right.  Same with the face.

What I really wanted to look at was the fine detail work.  People who make "copies" or "tributes" to Paul will not usually go to the tremendous effort to get every last detail right.  Perhaps the faces will be reproduced with extreme precision, because, as human beings, we care about faces.  However, parts of the image which are essentially random curves or lines will not be accurately reproduced.

Ryan Heska - who is a really excellent artist - once sent me a reproduction painting he did of the Oct/Nov 1939 Marvel Comics cover.  Click here to see it. He did a thoroughly excellent job and it is a fine tribute to Paul.  However, at a glance it is obviously not the original Paul painting.  First off, the styles are different - Paul is using heavy linework with little shading, and Ryan's painting looks more, well, like a painting.  But what I want to focus on is the way that someone making a copy/repro of Paul's work will not generally try to reproduce the details most people won't see. 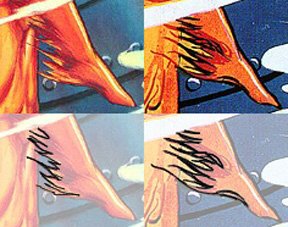 In the bottom two panels, I have traced the shape of the flames in Ryan's (lower L) and Paul's (lower R) paintings.  They are similar but non-identical.  (The shapes of the white masses and the number of rivets also differ.) This is, of course, not a knock against Ryan's excellent work, but I use this as an example of how a copy will differ from the original. 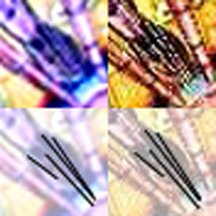 If we trace the linework over the foot in the putative Paul ptg (lower L) and compare that to the lines on the WS cover (lower R), the lines look identical.  This is a good indicator, but in my book not enough.  The next and harder test will be the jacket region, which has lots more lines. 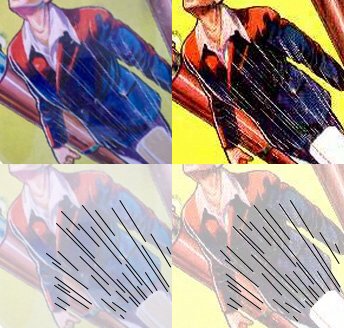 The lines are virtually identical.  Any minor differences I attribute to my inability to trace.  One image can be superimposed over the other (e.g., in Photoshop) and lines on both are in the same place. Speaking as an artist, if I were making a copy, I would not go through the effort to reproduce every line exactly, in angle, thickness and length.  Even if I tried to do so, I would not be able to.  It is an impossible task.

My conclusion is that the putative Paul painting actually is the original.

The caveat, of course, is that I am working from digital images of both the putatively original painting and from the magazine cover.  However, I am convinced by the identical nature of the linework on the jacket that the putative Paul actually is the original.  I suspect that seeing the painting in person will only confirm this conclusion.

As one final note, I should say that I regularly get emails from folks who want me to evaluate a painting they have.  This is the first time I've seen a putative Paul that I conclude actually is a Paul.