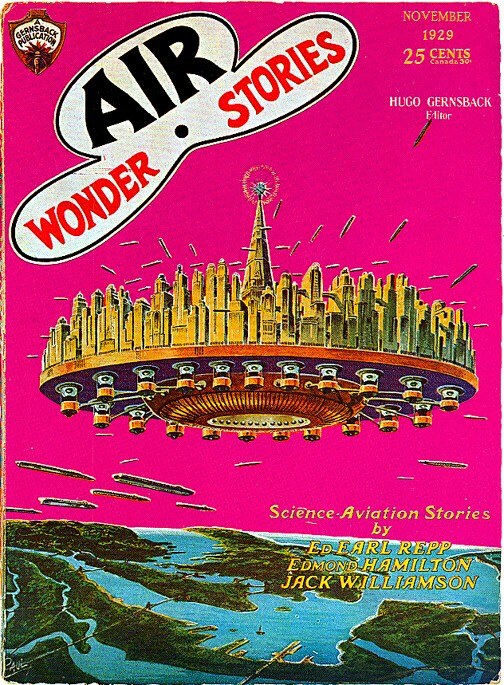 "During science fiction's first two decades, Frank R. Paul clearly dominated the field.  He set the general style, which most other artists were happy to follow. And he executed far more cover paintings than any other artist could hope to equal. when Hugo Gernsback gave up Amazing Stories, Paul went with him to help start two new magazines - Air Wonder Stories and science Wonder Stories; these were later combined into Wonder Stories, with Wonder Stories Quarterly following as a spin-off in which complete novels could be published." Lester Del Rey, Fantastic Science-Fiction Art, 1926-1954, 1975, Ballantine Books, N.Y.

The Dreams Our Stuff Is Made of: How Science Fiction Conquered the World, by Thomas M. Disch, Touchstone Books, 2000, reproduced this image, along with shots from the classic science fiction films Metropolis and Just Imagine: 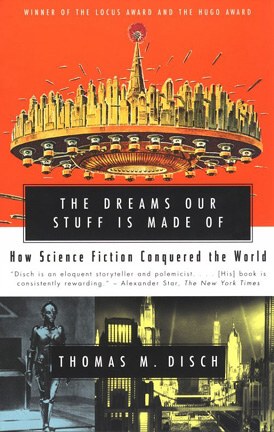