Also, all the references listed herein are magazines unless otherwise noted. 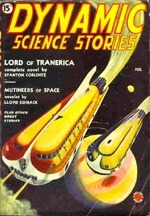 Note: This image is believed to be by Paul, and if anyone can confirm or deny this, please let me know. 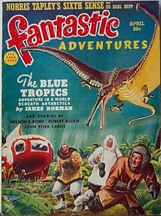 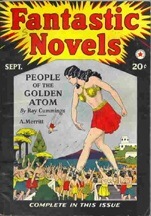 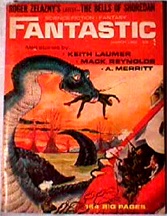 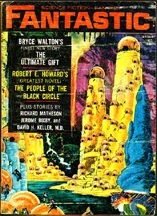 Some of Paul's original artwork for covers and interiors for these Christmas-time magazines from Hugo Gernsback were sold at auction; see The Sam Moskowitz Collection of Science Fiction, 1999, Sotheby's, New York, pp. 59 - 86.  For the text of some of the articles in this magazine, visit the Hugo Gernsback Forecast website. 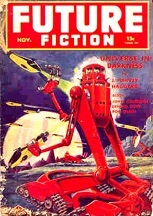 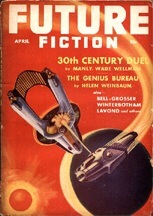 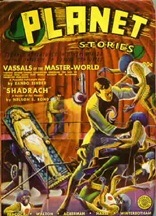 (Everyday) Science and Mechanics (The list for this magazine is, as yet, incomplete) 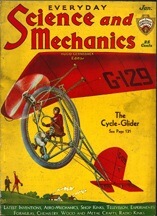 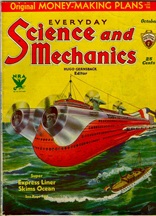 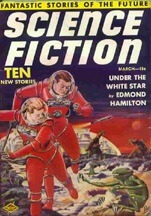 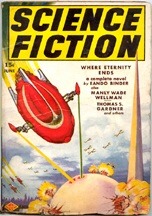 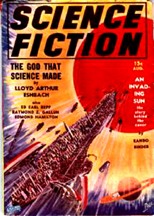 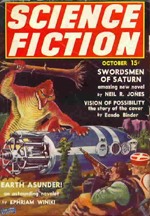 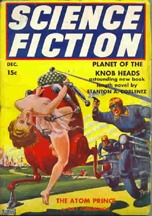 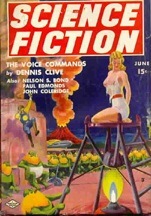 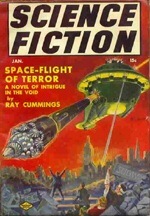 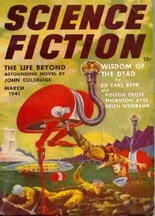 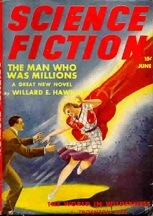 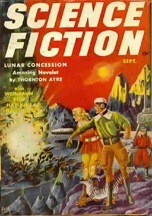 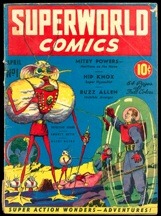 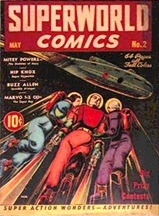 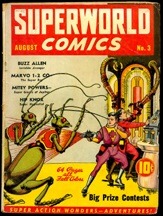 About this Bleiler notes (p. 600): "It [is] often stated elsewhere [e.g., The Science-Fiction Encyclopedia] that Paul illustrated all the cartoons in the three issues of Gernsback's Superworld Comics. This is not correct. Paul painted the covers and illustrated only two strips, "Marvo 1-2GO+" and "Mitey Powers." The other strips were done by other hands, some being reprints of much earlier work."

A small black-and-white image of the cover of issue no. 2 was reproduced in the auction catalog, The Sam Moskowitz Collection of Science Fiction, 1999, Sotheby's, New York, p. 78.  The auction offered a lot of all three issues, and noted, "Copies of Superworld in any condition are extremely rare," and the lot had the pre-auction estimate of $800-1,200.

Hugo Gernsback's Ultimate World, 1971, Walker & Company, New York. As Paul died in 1963, this painting was probably done in the 1950's.  Reproduced with commentary in the auction catalog for The Sam Moskowitz Collection of Science Fiction, Sotheby's, New York, 1999, p. 32.

This list of cover artwork is believed to be mostly complete, except for the deficiencies noted above.  However, there are likely to be additional issues of Forecast, Science and Mechanics and other Hugo Gernsback-edited magazines with Paul covers.